The Nazi genocide perpetrated on the Sinti and Roma is unparal­leled in the centuries-old shared history of these minorities and the majority in society. Like the Jews, the Sinti and Roma were subject to the discrimi­natory provisions of the Nuremberg Laws.

On 16 December 1942 Himmler ordered the deportation of all Sinti and Roma families. Their destination was the Auschwitz-Birkenau extermination camp. A short time later, the relevant orders were issued for Austria, the Białystok district, Alsace and Lorraine, Luxembourg, Belgium, and the Netherlands. From February 1943 some 23,000 Sinti and Roma were deported to Auschwitz-Birkenau, the vast majority of them from the Reich territory. Crammed into completely overcrowded freight cars, many did not survive the ordeal of a journey that lasted several days. On their arrival at Auschwitz-Birkenau, they were registered in separate ledgers according to gender. They then had a ‘Z’ and a number tattooed on their arm or, in the case of small children, on their thigh.

Many Sinti and Roma children living in children’s homes were registered centrally and deported to Auschwitz-Birkenau. Even children who had grown up with ‘Aryan’ foster parents were not spared. In Württemberg all the Sinti children living in homes were grouped together at the St. Josefspflege Catholic children’s home in Mulfingen. Eva Justin, an assistant working at the ‘Racial Hygiene Research Centre’ in Berlin, maltreated the children as test subjects for her doctoral dissertation. In May 1944 nearly all the children were sent to Auschwitz-Birkenau. Only four of the thirty-nine Sinti children deported from Mulfingen survived the genocide.

Co-operation between the SS and police apparatus and the German National Railways as well as other state agencies was seamless. The landed property and assets of the deported Sinti and Roma were seized for the account of the German Reich. The leadership of the Catholic Church knew about the scale of the genocide that was being perpetrated on the Sinti and Roma but Catholic Bishops refused prospects of help as well as a public statement against the crimes.

Camp section B II e at Auschwitz-Birkenau: the ‘gypsy camp’

Camp section B II e, referred to as the ‘gypsy camp’ by the SS, was part of the Auschwitz-Birkenau extermination camp. It comprised twenty barracks on either side of the main road inside the camp. In the so-called ‘residential barracks’ up to one thousand people were crowded together on three-storey wooden bunks. There were also ‘function barracks’ such as the sick-bay and the orderly room. This entire section of the camp was surrounded by an electrified barbed wire fence.

By early April 1943 more than 12,000 Sinti and Roma had arrived at the ‘gypsy camp’. The first mass gassings took place in March and May 1943, during which more than 2,700 men, women and children were killed using Zyklon B poison gas.

Daily life at the camp was characterised by the torture and terror meted out by the SS, carrying out hard labour on totally inadequate food rations, and the catastrophic hygiene conditions. The inmates had to look on helplessly while members of their family starved to death or succumbed to the inevitable outbreaks of diseases such as typhus. Almost ninety per cent of a total of 23,000 inmates at the ‘gypsy camp’ died there. Babies born at the camp and infants had virtually no chance of survival.

Furthermore, Dr Josef Mengele was appointed camp doctor at section B II e at the end of May 1943. He was particularly interested in conducting medical experiments on identical twin children, experiments that entailed unimaginable tortures for his victims. Prisoners were murdered specifically for the purpose of dissecting their bodies. Mengele also arranged to have human body parts sent to the Kaiser Wilhelm Institute of Anthropology in Berlin-Dahlem for examination.

On 16 May 1944, the SS were planning to murder the Sinti and Roma who were still living at the ‘gypsy camp’ by gassing them in the gas chambers. The prisoners found out about the operation and armed themselves with stones and tools. They barricaded themselves inside the barracks and, initially, they were able to ward off the threat of extermination.

After ‘selections’ by the SS, around 3,000 Sinti and Roma were deported to other concentration camps in the Reich in spring and summer 1944. Their labour was to be exploited by the German armaments industry pending their final extermination. Around 2,900 inmates stayed behind in Auschwitz-Birkenau, mainly the elderly, women and children. Despite desperate resistance, they were all murdered in the gas chambers during the ‘liquidation’ of the ‘gypsy camp’ on the night of 2 August 1944. Since 2015, this date has been recognized as the European Roma Holocaust Memorial Day by the European Parliament.

The road to liberation

Many of the Sinti and Roma deported from Auschwitz-Birkenau to the Reich territory fell victim to the policy of ‘annihilation through work’ or to medical experiments conducted at the concentration camps and their many subcamps.

When Himmler gave the order to clear out the concentration camps in spring 1945, many more Sinti and Roma died on so-called ‘Todesmärsche’ [‘death marches’]. Others died of the effects of their imprisonment in concentration camps shortly after they were liberated.

To this day the survivors continue to suffer from the long-term health repercussions and the recurring traumatic memories. 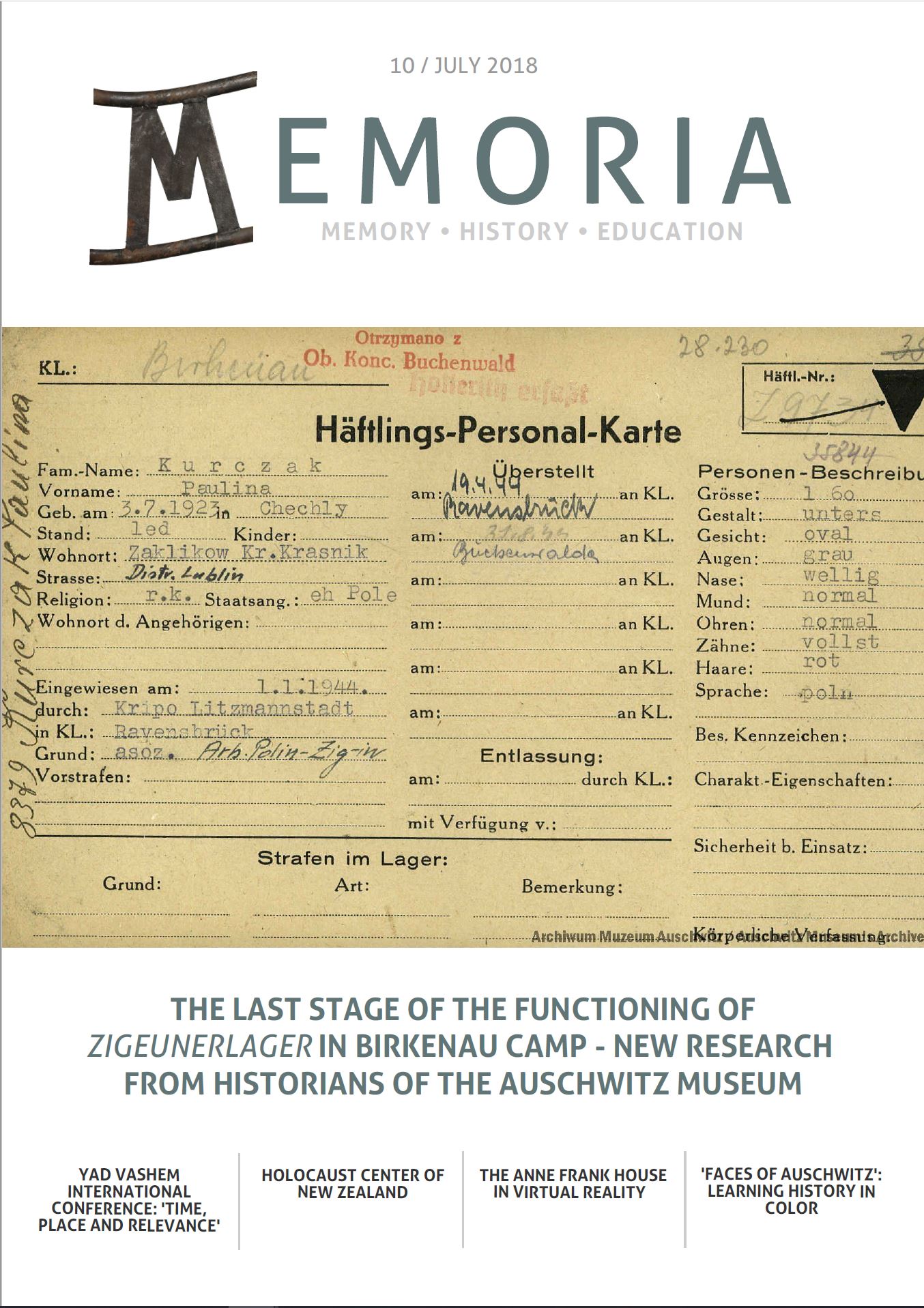 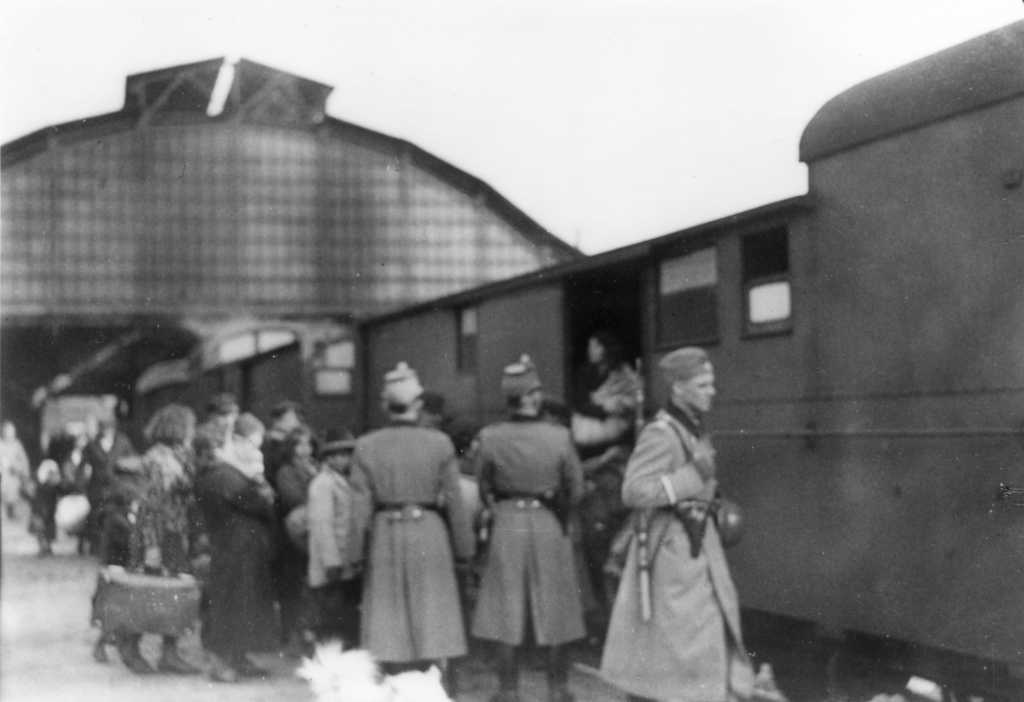 Camp section B II e at Auschwitz-Birkenau: the ‘gypsy camp’ 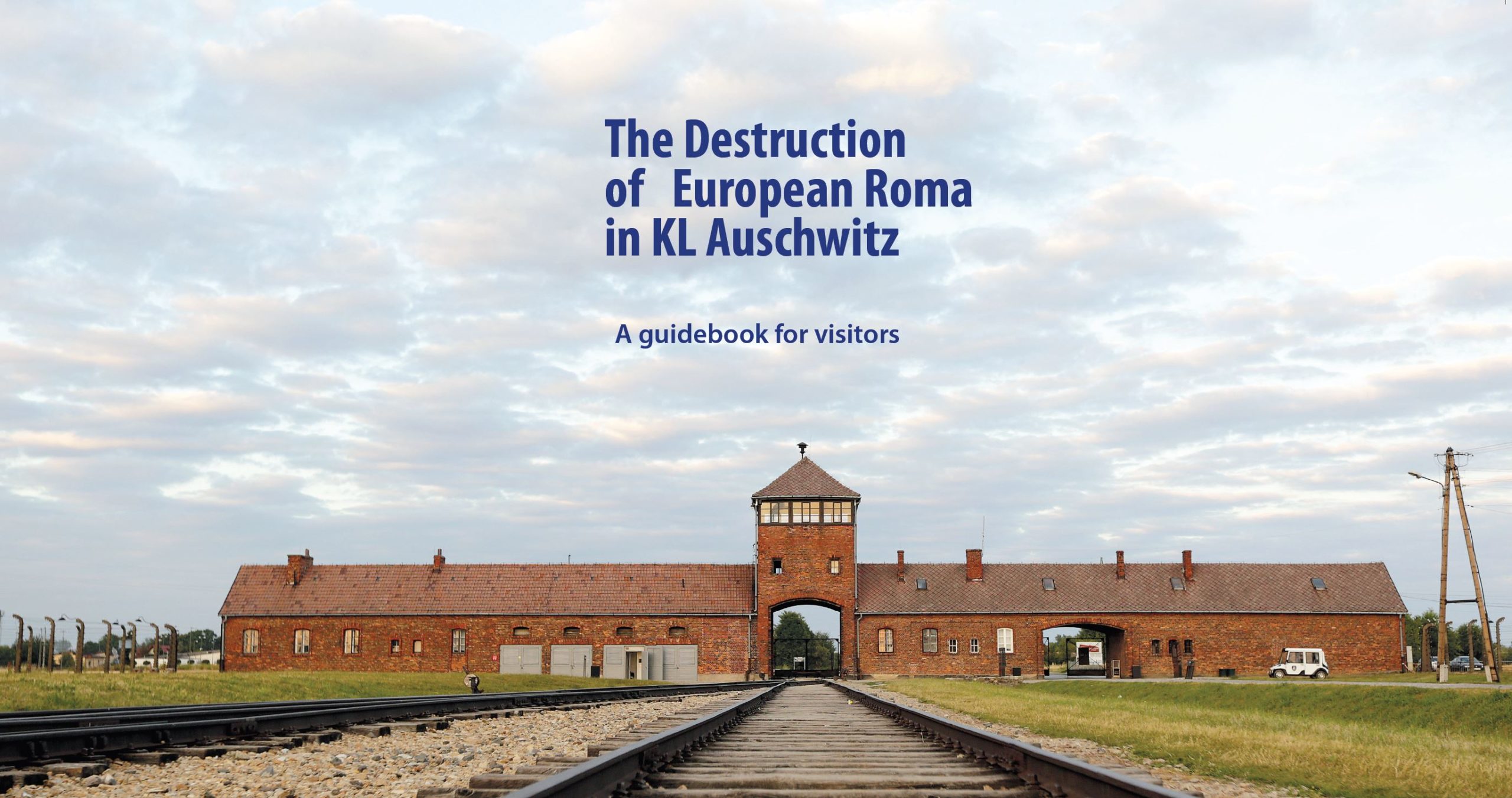