Testimony on the occasion of 2 August 2021, Holocaust Memorial Day for Sinti and Roma

It is a great honor and responsibility for me to be able to speak here today on this European Holocaust Remembrance Day, which is so important for us Sinti and Roma, as one of the last eyewitnesses. I thank you for that.

First of all, I would like to introduce myself.

My name is Werner Friedrich. I am a German Sinto. I was born in 1937 as the 6th child of my parents Else and Berthold Friedrich In Elbing in what was then West Prussia, where we also lived during the war.  My maternal grandfather Wilhelm Ernst was German. He fought on the front lines for Germany in World War I. And fell in love with my grandmother Martha. She was a German Sintisa and so the family was no longer Aryan in the eyes of the Nazis. They had 8 children together.

6 of their children were murdered in the concentration camp. My grandparents died at an early age and fortunately did not live to see the Nazi rule.

My parents lived for rent in a town apartment in Elbing until 1939. Then came the determination decree of Reichsführer-SS, Heinrich Himmler. My parents had to leave their apartment and move with their six children into a barrack on the outskirts of Elbing. It was only a dwelling much too small for 6 people and full of vermin of all kinds. For my parents and siblings this was a great humiliation.

My own memory of the NS time begins with 5- 6 years. However, I know a lot from the stories of my parents and older siblings. Two of my sisters still went to school. They were also discriminated against by the teachers. They were denied school meals and interaction with the other children. They often came home crying.

My sister Loni was hit particularly hard. She trained as a florist. In 1943 she was arrested by the Gestapo and taken to Ravensbrück concentration camp and then to Auschwitz. Here they tattooed a number on her forearm that marked her for life.The reason given for the arrest was that she, together with her German friend, had spoken to a German sailor. This was called decomposition of the German Wehrmacht. My sister was 16 years old at that time. Thus, like many of our relatives, my sister had to go through the ordeal of the concentration camps. She was still lucky that she was not immediately hounded into the gas chamber. My mother told me that I cried day and night because my beloved sister Loni was no longer there.

After my sister’s arrest, what little “freedom” we had left was over. My father and mother received a summons from the Gestapo in Elbing. It was made clear to them that the arrest law would now be applied to us with the utmost severity. The slightest offense would result in immediate deportation. Our fear was indescribable.

They drove us out of our rooms into the street, no matter what the weather was like. We had to wait outside until they had searched all the rooms. My father was often beaten in front of us because he didn’t open the front door fast enough. They left a mess every time.

I will never forget the leather coats, the flashlights, the boots, and the devil’s grimaces with their piercing eyes. In addition, my parents had to report to the police station every week. I also still remember when a truck turned into our street; then I always called for my mom and cried because I thought that now the brown henchmen would pick us up. I already knew then what would have meant for us, namely concentration camp and death. Anyone who has ever visited a concentration camp knows why I cried.

One day, another truck stopped in front of our front door. And we thought, now it’s our turn. But they didn’t take us, they took the neighbors, also Sinti with three children between the ages of 2 and 10. The Gestapo dragged the parents and children into the truck. They were not allowed to take anything with them except what they were wearing. The little girl had a doll, sewn from cloth rags, in her little arms. A Gestapo man snatched the doll from her hands and threw it away, saying, “You won’t need it anymore.” This was acknowledged by the other Gestapo people with a devilish laugh.

I never got rid of this memory for the rest of my life. To this day I don’t know why we were spared deportation, while our neighbors were taken to Auschwitz and murdered. Many of my relatives, such as my father’s and mother’s brothers and sisters, were all hounded into the gas chambers and burned, along with their innocent little children. My father and mother never saw or spoke to their siblings again.

In 1945 we were liberated by the Russian army in Elbing.

My sister Loni also survived. She was taken by the Nazis to the Neuengamme concentration camp near Hamburg as fit for work before the end of the war. Here she was liberated by the British. After the roundup, my sister Loni told us a lot about the cruelties in the camp, about the beasts and tormentors of the camp wardens. She also told us about the shootings and gassings in the camps, One could not believe what people could be capable of.

In 1946, my family and I were taken to West Germany, since Elbing now belonged to Poland. Here we were not exactly welcomed with open arms. Refugees were not welcome, just as some of us are here today. We managed to catch up by working diligently. The years after resettlement in the West were very arduous and difficult, as they were for all the people who lived here.

Never did our family receive compensation for the torment and humiliation we suffered under the Nazis, except for my sister Loni, who was in the concentration camp.

To this day, the West German compensation authorities say that the Sinti and Roma who were lucky enough not to end up in a concentration camp or in the gas chamber did not suffer enough to receive permanent reparations.

Today I live peacefully with my family in a small town on the Lower Rhine in harmony with emigrants from Poland, Russia and Germans as neighbors.

I have not outed myself as a Sinto, because I was afraid of reprisals for my children, grandchildren for my wife and me. In the meantime the descendants of the brown brood are everywhere, also with us. What they do, you can see and hear every day.

An example is the attack on the synagogue in Halle in 2019. Here it was Jewish believers who were lucky, thanks to a steadfast door, not to be shot by an incited right-wing radical murderer.

When I then hear members of the Bundestag of a right-wing party talking down the crimes of the Nazis, then it is a wake-up call for us Sinti and Roma. For us as victims and persecutees, this has a much higher significance. The humiliation, persecution and murder of Sinti and Roma was not a bird’s nest, but caused terrible suffering for all those affected.

When I just think about how my little cousin, who at the age of 7 was already playing works by Mozart and Beethoven on the violin, was chased into the gas chamber by a brown henchman who probably didn’t even know who Mozart was in the first place, it is mocking and infamous to call this a nothingness.

I wonder what these lost people have learned from history and if they have any sense of justice at all. They must be people who have learned nothing but absolutely nothing from the cruel history of the Nazis and even deny the Holocaust today. These are people who know no love, no compassion, no pity and certainly not § 1 of the German Basic Law:

“The dignity of man is inviolable.” This must apply to all people in this world. The fact that these people are allowed to sit in the German Bundestag saddens me and all Sinti and Roma very much and makes us angry.

What has become of the statements: “Here with us something like this must not happen anymore”? You hear this sentence over and over again.

On the contrary, the right wing of a party in the German Bundestag is already digging its heels in. That is what we are afraid of, ladies and gentlemen.

And now I would like to address the young people, the growing generation from East and West, South and North.

You who have come today to this European Holocaust Memorial Day for Sinti and Roma.

I ask you to fight racism wherever you encounter it, so that in the future there will be no need for such memorial days.

Fortunately, many associations, actors, singers, celebrities and ordinary people from all walks of life have already declared war on racism. Listen to what is being talked about, don’t keep silent like many of your ancestors did, fight back without violence with fair means, understanding and without hate

You, young people, you are our future. You have it in your hands what will become of Germany, of Europe and of the whole world. Do not allow more and more money to be spent on armament.

The world urgently needs money for environmental protection, against hunger, for the sick and the displaced.

Finally, I want to make it clear that such memorials as here in Auschwitz should never again exist in the future if people in the world want to live in peace and freedom.

Finally, I would like to say the following to them:

“I am a Sinto at heart, love Germany and my wife’s homeland, Switzerland.” Despite my bad experiences, I continue to believe in the good in people.

Thank you for listening to me

Historian at the University of Bucharest 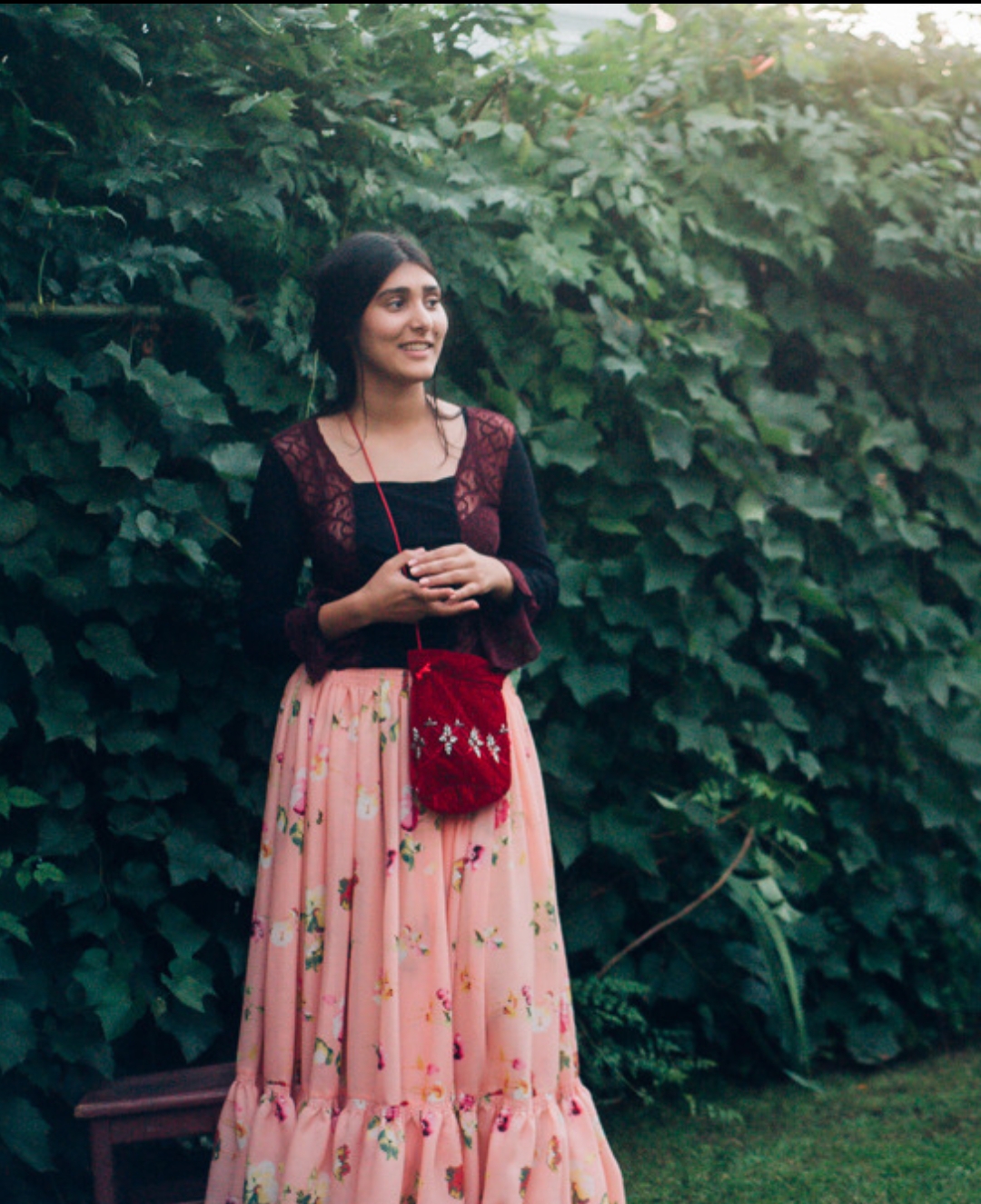