From Remembrance to Reconciliation

This conference in mid March 2019 in Brussels strengthened the coalition-building process of the Alliance against Antigypsyism (with over 75 participants from 16 countries) and the advocacy for recognition and reconciliation.  The conference became a key reference point to advance “Truth and Reconciliation processes” which were addressed as a recommendation by the European Commission EU Roma strategic framework for equality, inclusion and participation for 2020-2030.

Conference:
Creating Trust through Uncovering and Recognising the Truth:  Advancing Recognition and Remedy for anti-Gypsyism

In the context of the fourth EU Roma Week in the European Parliament, and the International Day for the Elimination of Racial Discrimination, the first stocktaking event ever took place on March 20-21, 2019 which  focused on the state-of-play and efforts to advance at EU- and State-level the fight against antigypsyism through truth, recognition, remedy, trust and reconciliation processes.

The two-day event Creating Trust through Uncovering and Recognising the Truth: ADVANCING RECOGNITION AND REMEDY FOR  ANTIGYPSYISM  brought together all relevant stakeholders, including UN, EU, Council of Europe, national governments and parliaments, as well as grassroots voices, civil society and academia.

Amongst many other topics, the recently published European Parliament study: Scaling up Roma Inclusion Strategies – Truth, reconciliation and justice for addressing anti-Gypsyism was presented and discussed.

The event was co-organized by the Central Council and the Documentation and Cultural Centre of German Sinti and Roma, the office of MEP Soraya Post, UN Human Rights Office (OHCHR), the European Roma Grassroots Organisations (ERGO) Network, the Fundacion Secretariado Gitano (FSG) and the Open Society European Policy Institute.

Funding and Support
The conference was co-funded by the ‘Europe for Citizens’ Program of the European Union in the framework of the project ‘From Remembrance of the Roma Holocaust to a European Reconciliation Process’. 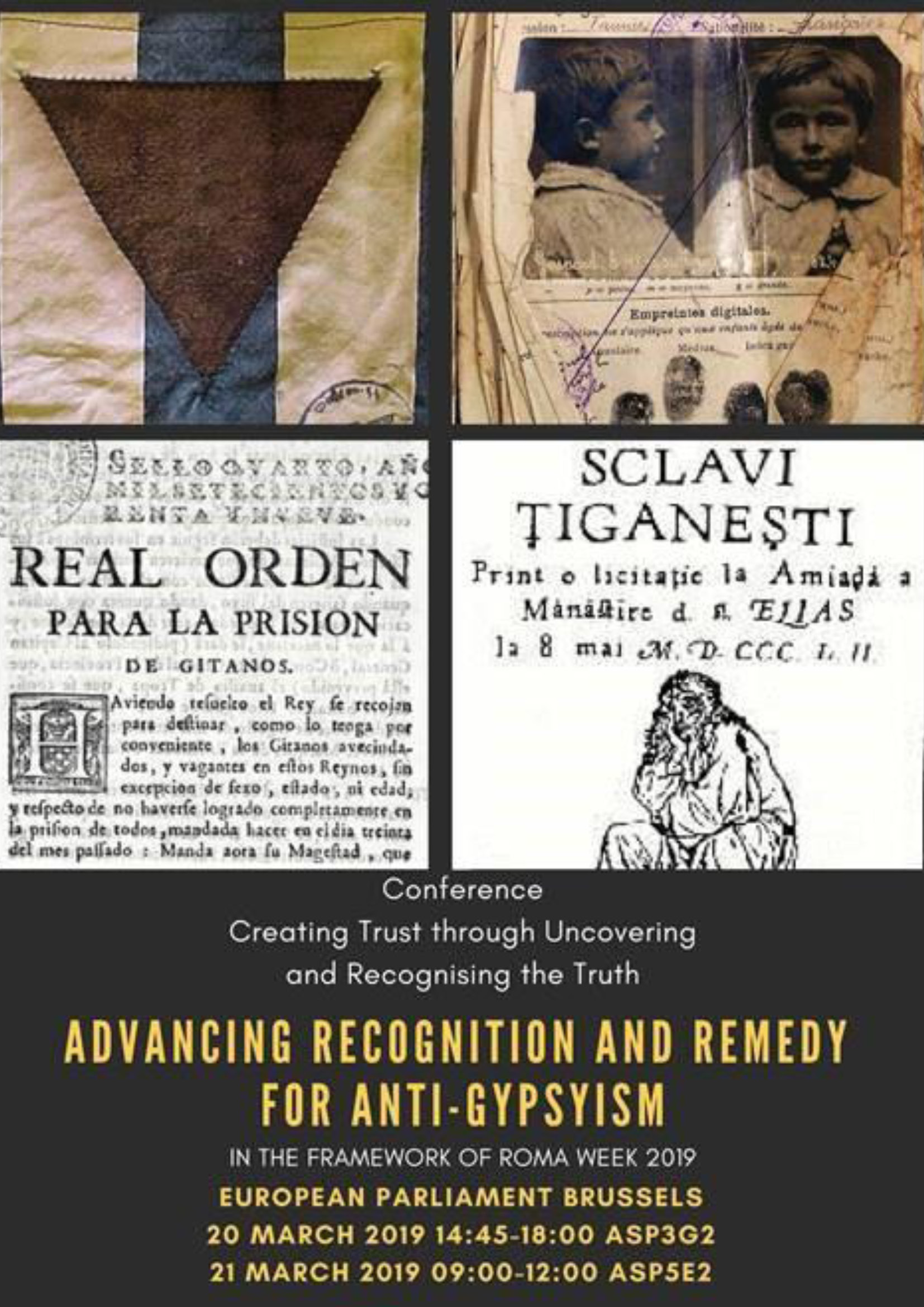 Traditional commemorative ceremony dedicated to the Romani victims of Nazism will be held on Sunday, 1 August at Lety u Písku, Czech Republic

The Holocaust in Romania and deportations of Roma to Transnistria

The Jasenovac concentration camp and the struggle for recognition in Croatia

Struggle for a dignified memorial site

From Remembrance to Reconciliation