Commemoration Ceremony on 2 August 2019 in Auschwitz-Birkenau

On 2 August, the European Roma Holocaust Memorial Day, the persecution and murder of Sinti and Roma during National Socialism was commemorated in the former Auschwitz-Birkenau concentration camp. At this year’s commemoration ceremony, the 75th anniversary of the murder of 4,300 Sinti and Roma on the night of 2 August, the governments of Poland, Germany and other countries as well as international organisations were represented at a high level.

The Central Council and the Documentation Centre of German Sinti and Roma organised the commemoration event with the Roma Association in Poland and in close cooperation with the Auschwitz-Birkenau State Museum.

With the speech of civil rights activist Rev. Jesse L. Jackson Sr., President of the Rainbow/PUSH Coalition (RPC), a representative of the US civil rights movement spoke for the first time at the commemoration ceremony. He emphasized the common ground of the US civil rights movement and the Sinti and Roma civil rights struggle against oppression and called for political resistance also in the future: It’s time to organize and fight back. If history has taught us anything, it is that where there is oppression, there will be resistance. People will go forward by hope and unity, not backwards by fear and division.”

The chairman of the Central Council of German Sinti and Roma, Romani Rose, stressed the importance of the US civil rights movement for Germany and Europe: “The American civil rights movement, which was shaped by people like Rosa Parks, Martin Luther King, Malcom X and for many decades by Reverend Jackson, was and is a model for Sinti and Roma in Germany and Europe. Their success continues to bear hope for minorities around the world who still suffer from racism and exclusion, violence and persecution.

Eva Fahidi, who had to observe the murder of the 4,300 Sinti and Roma on August 2 1944, recalled the desperate resistance of the prisoners: “They resisted with stones, with sticks, with objects that fell into their hands, screaming, cursing, shouting or praying. The SS set the dogs barking loudly at the people, they attacked the people, the desperation was great, the noise was terrible, the children cried for their mothers, the mothers tried to calm the children down”.

The survivor of the Jasenovac concentration camp, Nadir Dedic, called for a committed civil society in view of current developments in politics and society: “It is certainly not an easy life to look back on. But it is above all my view of the present and the future that causes me fear and worry. Whether Jasenovac or Auschwitz, we must never forget what happened! Stand up together for a life together based on mutual respect and not on hatred, contempt and exclusion”.

The commemoration ceremony concluded in the afternoon at the Centre for Prayer and Dialogue in Oswiecim with speeches by, among others, Minister of State Thomas Roth, EU Commissioner Vera Jourova and former Member of the European Parliament Soraya Post.

On the evening of August 1, the Roma and Sinti Philharmonic performed the composition “Requiem for Auschwitz” by the Dutch Sinto Roger Moreno Rathgeb in Krakow under the musical direction of Riccardo M Sahiti. The Requiem is dedicated to all victims of the Auschwitz extermination camp, which stands as a symbol for the genocide crimes of the National Socialists. The music keeps alive the memory of the suffering. Beyond remembering, the composer would like his work to serve international understanding and the respectful interaction of people with one another. The Roma and Sinti Philharmonic Orchestra was founded in 2002 to perform pieces of music rooted in the Roma and Sinti culture and to cultivate the musical heritage of the Roma and Sinti.

Funding and Support
The conference was co-funded by the ‘Europe for Citizens’ Program of the European Union in the framework of the project ‘From Remembrance of the Roma Holocaust to a European Reconciliation Process’ and by the German Ministry of Foreign Affairs. 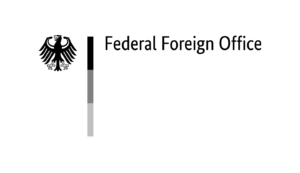 Livestream of the Conference by Media Partner Romea.cz

Speeches at the 2019
Commemoration Ceremony 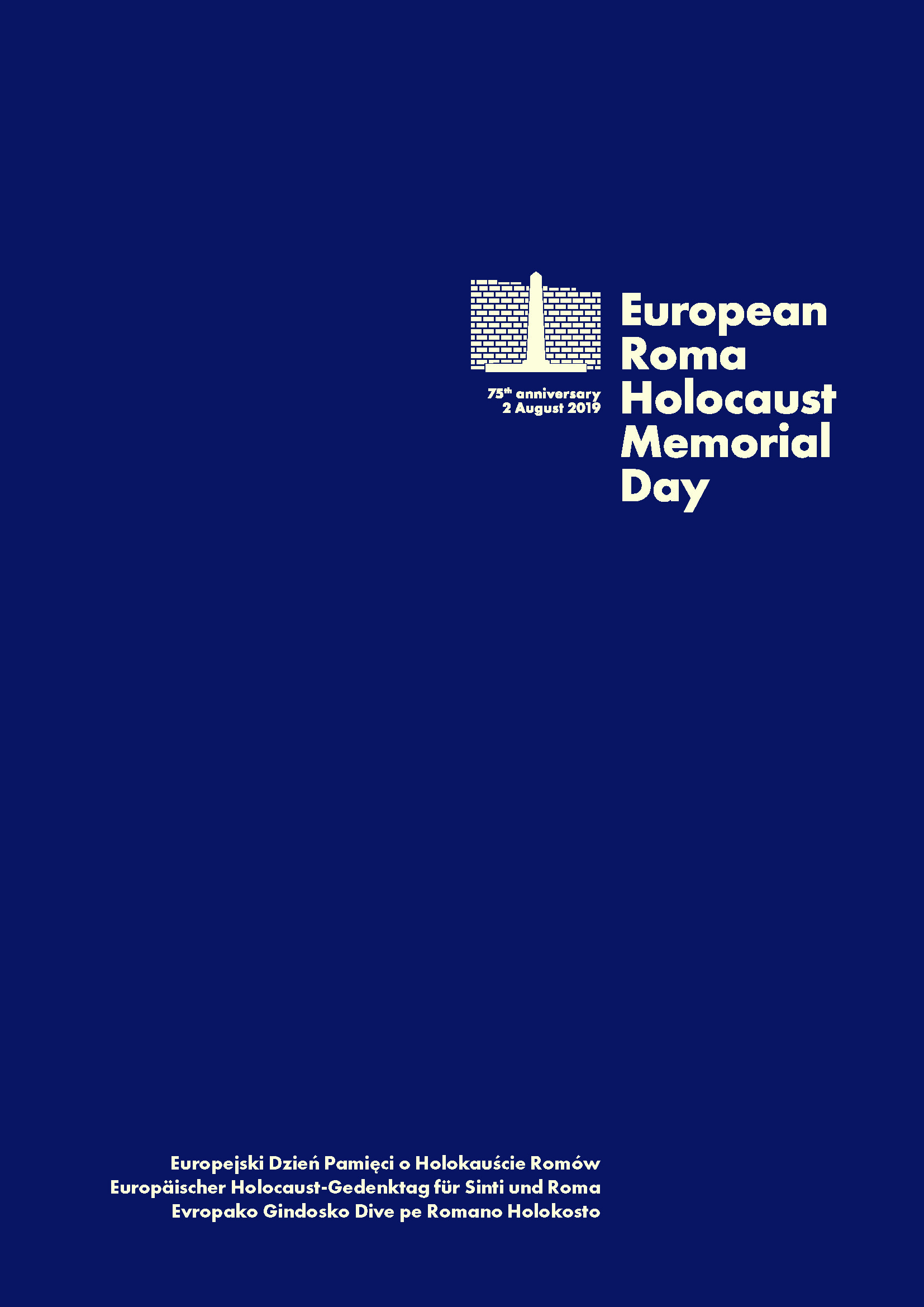 On the occasion of the 75th anniversary of 2 August 1944 – the European Roma Holocaust Memorial Day – the European Roma Institute for Arts and Culture (ERIAC), the Central Council of German Sinti and Roma, the Documentation and Cultural Centre of German Sinti and Roma, and the ternYpe International Roma Youth Network, hosted an international conference entitled “’Is ‘Auschwitz only Sleeping?’ Sinti and Roma Narratives after the Holocaust,” which took place on 31 July and 1 August 2019 at the Auditorium Maximum of the Jagiellonian University in Krakow. 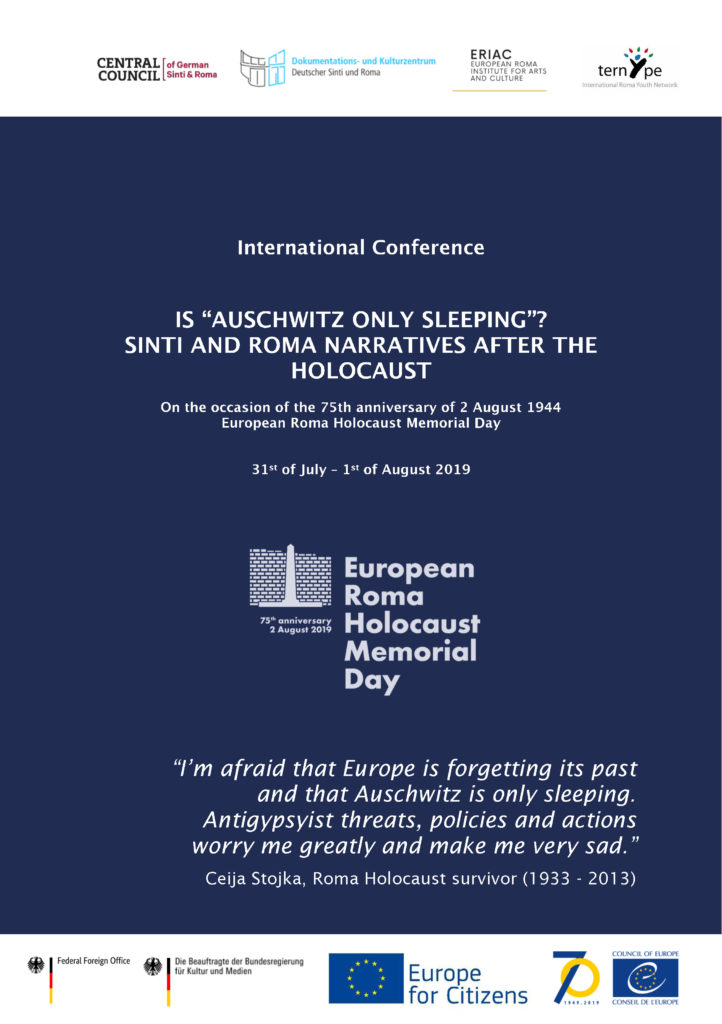